In this episode of Metaverse Roadshow, we invited Nicolas Weber, the founder of MetaGameHub DAO and DAC.

He explained how the MGH DAO leverages data to empower the community around virtual property investment, leveraging the “dataverse” to visualize and simplify DAO member investment decisions. DeFi may leverage the Metaverse to reach the next level, NFT Pool Tokens allow community members to diversify their holdings and gain exposure to multiple virtual worlds.

21:21 Understand anything about crypto?

22:14 You are currently focusing on nft curating?

32:02 In your current community

39:15 Happy for development and metaverse summit.

Decentralised Messaging in the Web3 Way with EPNS

Blockchain, by being decentralized, becomes a collaborative technology that thrives on coordination and collaboration of participants in the network, who are themselves driven for their self-gain but also by doing so contribute to the overall success of the network. The goal of blockchain systems and protocols is to build networks that need no oversight by modeling and predicting human reasoning and yet have positive outcomes for the greater good.

In this episode, Harsh from EPNS explained how a decentralized notifications protocol works in a way that is chain agnostic, platform independent and incentivized, and how it generate network effects and creates a balanced situation for all parties involved in the ecosystem, be it users, services, wallet providers, or token holders.

Canvas for 3D, how can business leverage virtual assets with Safwen Bouali

Nowadays, 3D is the most engaging media form there is. Brands and commerce are trying to let audiences interact 3D to spread ideas, rotate, move around, zoom in, inspect from inside. P

ositioned as “Canvas” of 3D, Safwen, CEO of Third Design shared with us his vision around B2B side of 3D creation.

00:29 How democratize the creation of 3D in browsers

04:29 What are the vision and the final steps of product development?

12:03 The best-positioned company of future Metaverse?

The rapid development of computer graphic and motion capture tech contributed to the exponential growth of Metaverse.

In this episode of Metaverse Roadshow, we invited Yassine, CEO of Kinetix shared his view on how democratized 3D creation tools, user-generated motion capture and NFT are tightly linked in the current stage of development, creating new business model based on asset ownership.

06:14 What changes fit into the new economic model of weapons?

07:56 What do you do with the current metaverses?

09:58 Who will be the winner of the Metaverse tech giants, or Web3 natives?

Dr. Alameh is a recognized leader in creating and applying open geospatial/mapping standards in a multiple of domains including Aviation, Intelligent Transportation Systems, Earth Observations, Public Safety and Defense. She believes that building the metaverse is no different than any of these other established domains that she has served to-date, and is motivated to contribute to building the metaverse based on the same open and interoperability principles.

In this episode, you’ll learn about how geospatial data can help accelerate building a metaverse that is as useful for entertainment. Blurring the lines between reality and synthetic data to create 4D fully immersive simulation environments can unlock the unlimited creativity and entrepreneurship ideas in the metaverse.

11:09 – How OGC is innovative and valuable for Entrepreneurs?

19:04 – What metaverse use cases can also change the Geospatial ecosystem?

25:55 – How are you working together to set up the infrastructure level of Metaverse?

31:15 – What would be the ideal states that open Geospatial and Metaverse standards can achieve together?

How to become content and experiences builders inside the Metaverses

In this episode of Metaverse Roadshow, We invited the founder of Supersocial, Yonatan Raz-Fridman (Yon).

Yon is a content and experience builder in Metaverse especially Roblox. Implanted in creator economy era, he aims to incubate highly skill and high potential creators including game devs, game designers, and accompany them from day1 through ideation, creation, distribution.

02:41 Who is actually building this virtual world?

09:58 How do you decide what kind of style, experience, and audience you want?

10:47 Which sense do we need to centralize the creative decision?

15:12 Tell us more about the development story.

19:18 Is it disruptive for the business model of Roblox?

26:09 Could you tell us more about experiences in the universe?

30:00 What will be the future interaction?

32:47 You thinking of bringing the Ghostopia IP in the future?

Buying & Building in the Metaverse: tips and lessons learned

02:51 What defines the metaverse the world has been hijacked?

05:54 Metaverse is already in Sci-fi in gaming then Why does it differ now?

08:26 How do people onboard the metaverse? What are your favorite platforms?

11:06 What platforms are guys on? What are you enjoying about them?

16:39 What communities do you particularly find active in the metaverse?

21:46 When you’re investing in the metaverse?

23:52 What are some key factors you evaluate when investing in a project or a team?

29:04 What are you seeing trending in the metaverse?

Listen to the podcast episode

Louis Cacciuttolo is the founder of VRrOOm, an influential online media platform dedicated to VR. In 2018, he launched the VRrOOm XR app, which hosts the XR selections of international festivals. Louis worked as Vice-President of THX, a George Lucas company specializing in cinema technology.

Louis Cacciuttolo is the founder of VRrOOm, a social XR hub dedicated to the live streaming and 6DoF broadcasting of artistic performances, gamified narrative works and live shows, working with international artists such as Jean-Michel Jarre and festivals like the Venice Biennale or South by Southwest.

VRrOOm is now launching a proprietary metaverse platform aimed to artists, producers, festivals organizers or cultural venues so they can directly meet their audiences and monetize all types of cultural events in live and replay formats.

He was the owner of the Théâtre du Minotaure in Béziers from 1999 to 2020. He is also a screenwriter, director, and producer of awarded films including the feature Cendre in 2014, and the animated short interactive VR film The Last Footprint in 2016. He co-produced the AR installation Digitalis, a participative work by artist Pierre Estève, adapted in augmented interactive audio, which premiered at Stereopsia Brussels in 2019. 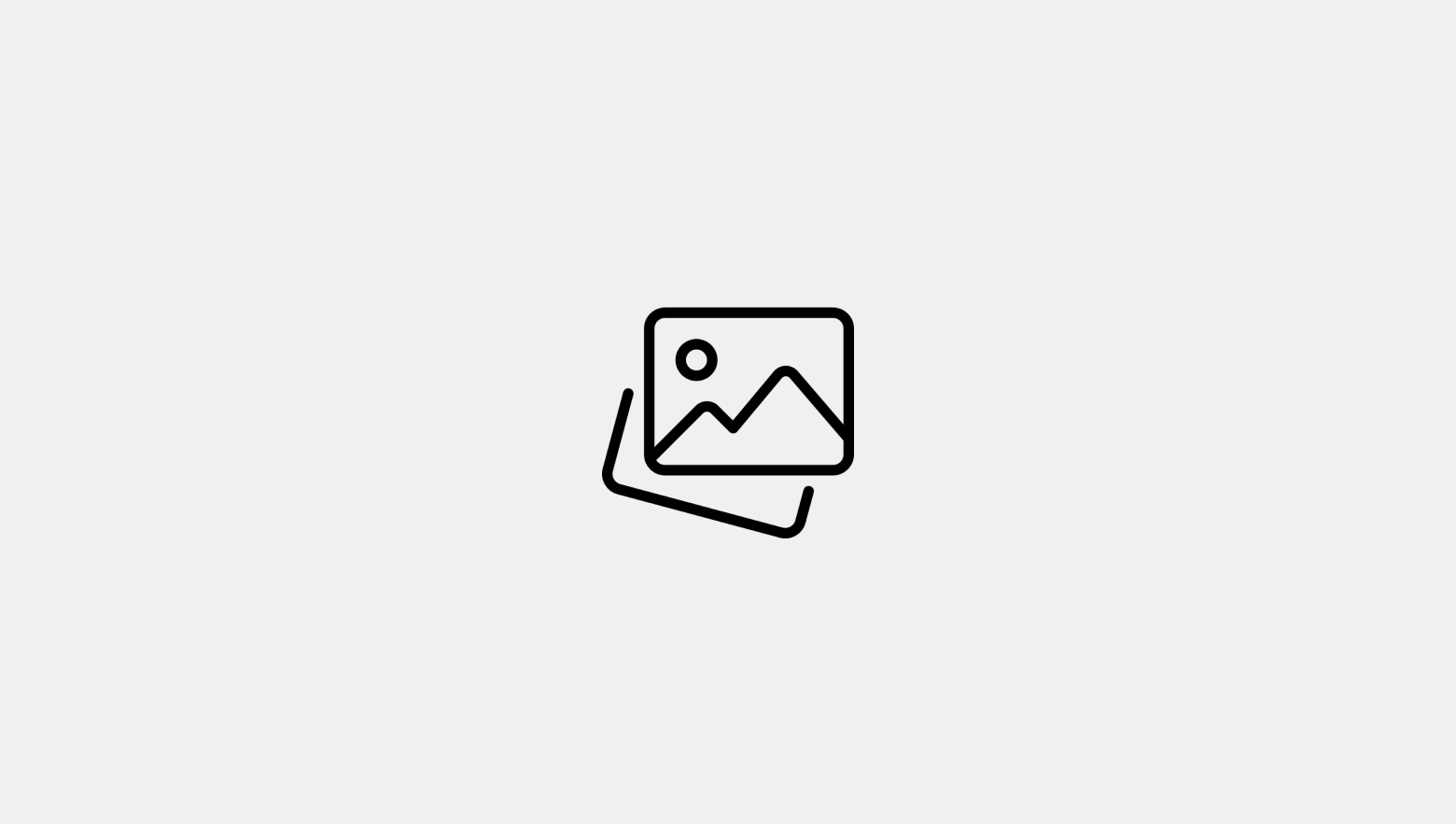 Digital fashion, identity and creator economy in the Metaverse, with Adriana Hoppenbrouwer

We sit down with Adriana to discuss not only the role of digital fashion but more importantly its link with self-expression, digital identity and creator economy in the Metaverse.

Digital fashion, identity and creator economy in the Metaverse

Listen to the podcast episode

We sit down with Adriana to discuss not only the role of digital fashion but more importantly its link with self-expression, digital identity and creator economy in the Metaverse.

In the video, you’ll get to know about :

– The role of digital fashion, its past, the current state of art and the future.

– The link between digital fashion and gaming

– The interaction between physical and digital fashion

– The vision of Metaverse’s future

05:03 What do you think is going to happen in the near future?

10:01 What’s your current focus, and what is the business model?

14:31 How did you build the technical infrastructure for the fabricant?

14:58 What’s your vision on interoperability?

18:54 How can entrepreneurs build a long-term strategy for the metaverse?

23:59 How can the luxury industry position itself in the metaverse?

28:39 When can you have something very unique?

29:41 What’s your personal vision of the future of the metaverse?

Adriana is the co-founder and CCO of THE FABRICANT, a digital fashion house leading the fashion industry towards a new sector of digital-only clothing. Unconstrained by the boundaries of the physical realm, they create intriguing and seductive 3D fashion narratives and experiences.

With the deployment of metaverse in our daily lives, there will be new opportunities for people and firms to extend their activities. At the same time, these activities touch various legal and compliance aspects. In this panel, we’ll focus on two topics : Identity and Ownership.

As the next generation of the Internet, the Metaverse should first have the function of carrying the effective identity of users. What are the different approaches and forms of digital identities in the metaverse? What would be the potential opportunities and risks of blockchain-based identity ecosystem? What would the future cross-metaverse decentralized identity ideally be like? (case and examples: ONCHAINID, Crucible)

Metaverse is not only a new form of entertainment, it will also have real world impact and functionality. How to bridge digital identity, virtual ownership and real-life? How can consumers be protected? (Utrust)

In response to “right-clicker mentality” — how to balance the ‘perception of ownership’ and the true ‘on-chain ownership’ when it comes to virtual assets?

From a regulatory point of view, is it crucial to determine the nature of NFTs. eg. a means of access/proof of ownership (utility tokens) or rather be considered as securities (security tokens)? What’s the regulatory state of art and future of NFTs in these regards?

Although NFTs are not (yet) specifically regulated, what are the regulatory and compliance obligations that the businesses should take into account?

04:06 What are the different approaches and forms of digital identity in the metaverses?

11:15 What will be the trust metaverse identity regarding user data?

15:09 How to judge that someone has real ownership of something?

29:22 What kind of elements should entrepreneurs take into consideration?

31:15 What type of legal framework is there for the current state of art decentralized autonomous organization?

38:38 How can we bridge the virtual world of virtual life with real life?

45:19 How can the user’s rights be protected in the current state of the art?

In the new era of Metaverse entrepreneurship, it is important to combine the divers tech stacks and create something truly innovative and creative. Pixelynx is ticking a lot of those l boxes: AR, Gaming, Music, NFT, Creator economy. Listen to this episode of Metaverse Summit Roadshow to learn how Inder the CEO of Pixelynx BUIDL the product and fit into the future of Metaverse.

02:04 What mobile games link between the real world and the digital world?

05:34 What is the near future of the development of AR hardware?

12:42 What NFT has unlocked the new kind of business model?

In this episode of Metaverse Roadshow we interviewed two female founders in the metaverse topic.

Our invitees, Susan Cummings, CEO of Petaverse Network, and Tiny Rebel Games, and Camille Merré an entrepreneur, artist, Co-Founder/Chief of Metaverse of GEM-XR.

Female entrepreneurs in metaverse : how to create a world in link with reality?

In this episode of Metaverse Roadshow we interviewed two female founders in the metaverse topic.

Our invitees, Susan Cummings, CEO of Petaverse Network, and Tiny Rebel Games, and Camille Merré an entrepreneur, artist, Co-Founder/Chief of Metaverse of GEM-XR.

04:53 What is the difference between the current creation model in web3 and metaverse?

08:28 What is the kind of solution for interoperability?

12:48 What are three blockchain elements we can edit somewhere?